The money of the five emperors is the ancient money minted and circulated during the reign of five emperors in Chinese history, also known as "emperor money". Since ancient times, people believe that ancient money has the function of feng shui, especially the establishment of a great achievement of the emperor, the ancient money they cast during their reign gathered more of the spirit of heaven and earth, the air of the Chinese, the imperious emperor and the wealth of a hundred schools of thought. 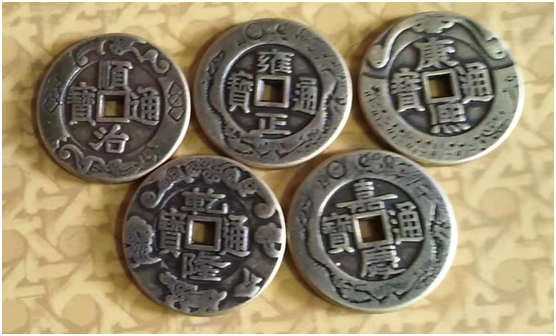 This group of five emperors spent money: there are five coins in this group, namely Kangxi Tongbao, Yongzheng Tongbao, Qianlong Tongbao, Jiaqing Tongbao and Shunzhi Tongbao. All of them are square hole round coins. The coins of the Qing Dynasty have several common characteristics: the emperors of a generation can only use coins with the same year, the shape is simple, the names of coins are called Tongbao, and the words on the coins are described in neat regular script, The reading order is from top to bottom, and then from right to left. The coin paste is naturally worn, with good appearance and high collection value. 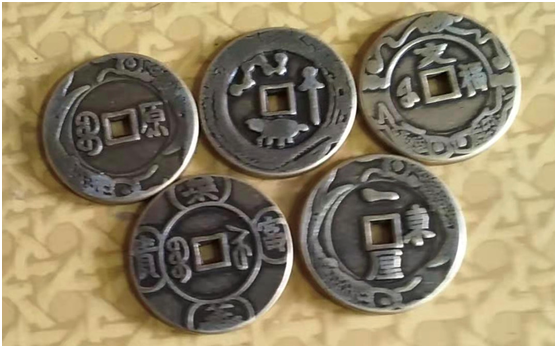 The five emperors money is a spirit, is a law, it has both the majesty of the emperor and the national god. In ancient times, people believed in the idea of divine right of Kings, believing that the power of the emperor was granted by heaven, and only the emperor was the incarnation of the god who communicated with heaven and earth. It was the five emperors' money that condensed such an imperious and Chinese air and achieved a great cause.